The Golden Triangle – People of India

Towards the end of last year I had the amazing experience of visiting India to travel the Golden Triangle. The Indian Golden Triangle consists travelling from New Delhi to Agra to Jaipur and back to New Delhi

With bustling cities, the open roads, a rich culture, ancient heritage buildings and majestic temples, India is an enthralling country to visit. We benefited from travelling the Golden Triangle with a group of people from all four corners of the world and got to see the best places to visit, suited to our taste.

For this post, I want to share with you images of some of the wonderful people that I met along the way. In a later postI will share some of the amazing sites that I got to see. Most of the images were taken with a Canon 6D with a Canon 35mm Lens. Other equipment I took for my journey was Canon 24-70mm f/2.8 and a Reporter Bag for throwing all my stuff in, that I’d got off eBay

No time was given for the person to pose, it was a case of indicating to them that I would like to take a photo and then click!

I came across this man while travelling on a Tuk Tuk when the Tuk Tuk he was on pulled alongside me.

One of the many night-time street vendors

Volunteers in the Sikh temple, where there provide food, free of charge, for up to 5,000 people per day

Ladies preparing food for the kitchens

The man on the balcony.

The family day out

The entertainer. Taking a break from playing to the crowds enter the fort in Jaipur

One of the many colourful Tuk Tuks in Agra

The flower seller. I love his very relaxed way

The Business Man. Trading in spices

Brightly coloured cleaners at the Palace Temple in Agra

I cheekily called out to ask this family if I could take this photo. They very politely obliged 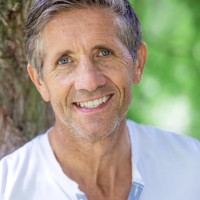